The crypto community is celebrating the 14th anniversary of the publication of the Bitcoin whitepaper, which happened on October 31, 2008. The market’s original cryptocurrency has had an eventful life, despite being a remarkably young asset. It has gone from being the lovechild of a few cypherpunks to an investment vehicle that even the biggest institutions want and even some countries. 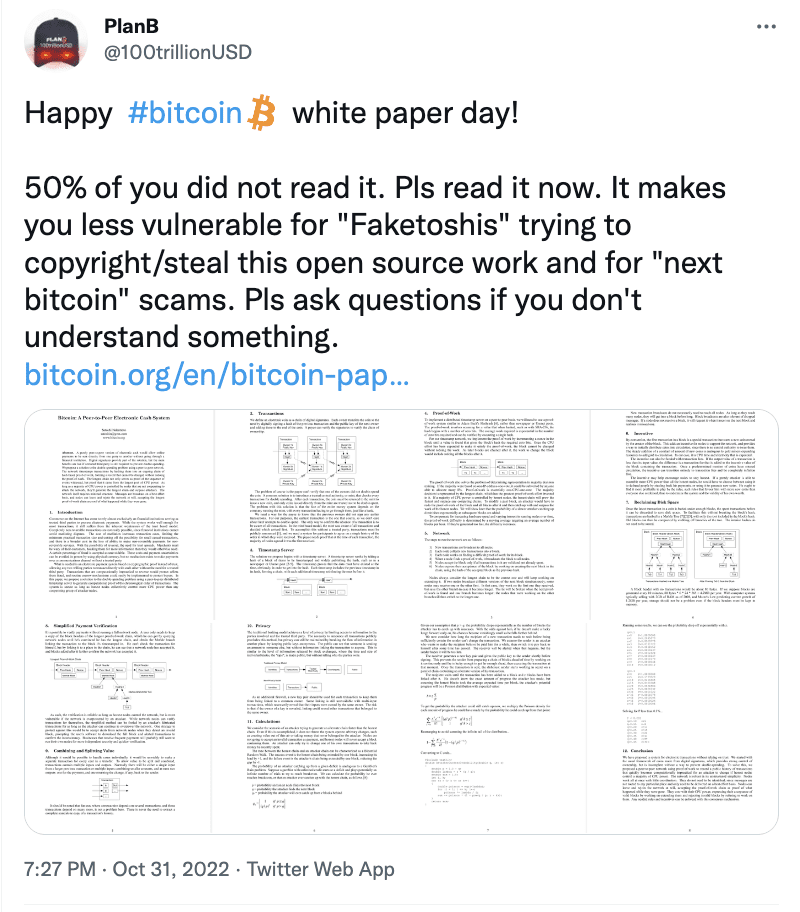 Bitcoin’s journey has been a shared experience of many. First of the ardent few who had strong convictions in the asset, and with every passing year, a growing throng of investors. As a fundamentally decentralized system, which today’s market can trace itself back to, the network is only worth as much as the individual peers who make up its network.

The first of those individuals was Satoshi Nakamoto. Perhaps it was a group of individuals, but regardless, the enigmatic entity has sparked a new wave of exchanging value, visible in everything from decentralized finance to Web 3. 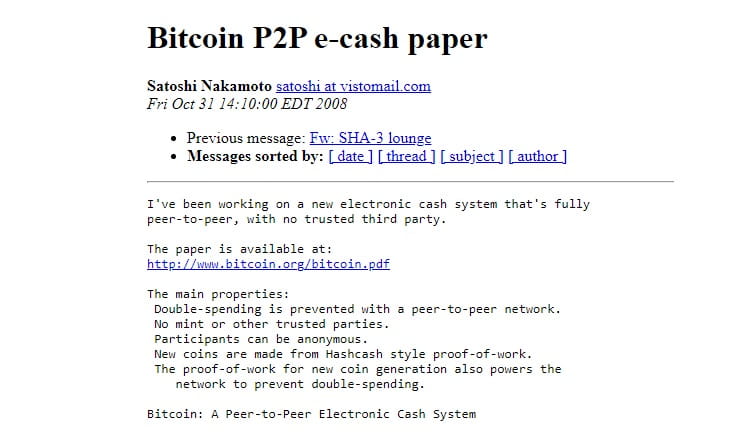 One of the first emails by Satoshi: Metzdowd

Satoshi’s presence still hangs over the Bitcoin market, from the cryptic newspaper headline in the genesis block to the limited number of forum posts made. The newspaper headline, which comes from The Times, refers to banks being bailed out by the British government, suggesting a displeasure in contemporary finance. It also hints that Satoshi may be British. 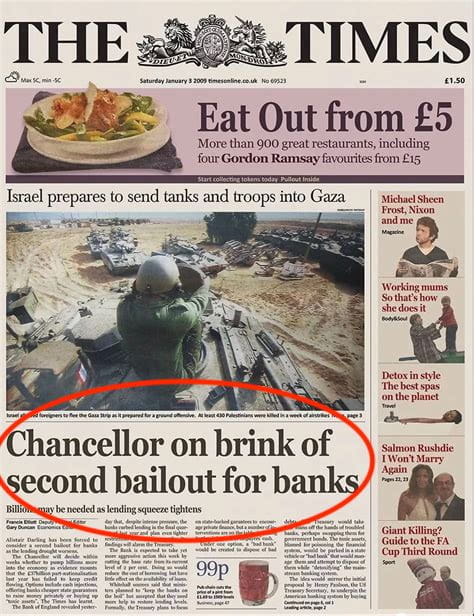 The whitepaper itself seems innocuous enough, perhaps even a tad too academic, to think that it would one day reach a market value of $1 trillion. Bitcoin has fallen from that peak, but the idea of a peer-to-peer currency remains strong. The whitepaper solved the difficult double-spending problem, with the rest being history.

The early days of Bitcoin only had a small community of crypto enthusiasts backing it. It was not seen as a store of value or digital gold, as it is now commonly known. Hal Finney, a cypherpunk that worked closely with Satoshi on Bitcoin, was the first to receive Bitcoin from the creator. He was next after Satoshi to run a node, saying in a now-famous tweet that he was “running bitcoin.”

Not long after the Bitcoin network was launched, Laszlo Hanyecz made the first commercial transaction using Bitcoin. This was a more amusing circumstance that even gets its own celebration: Bitcoin Pizza Day. 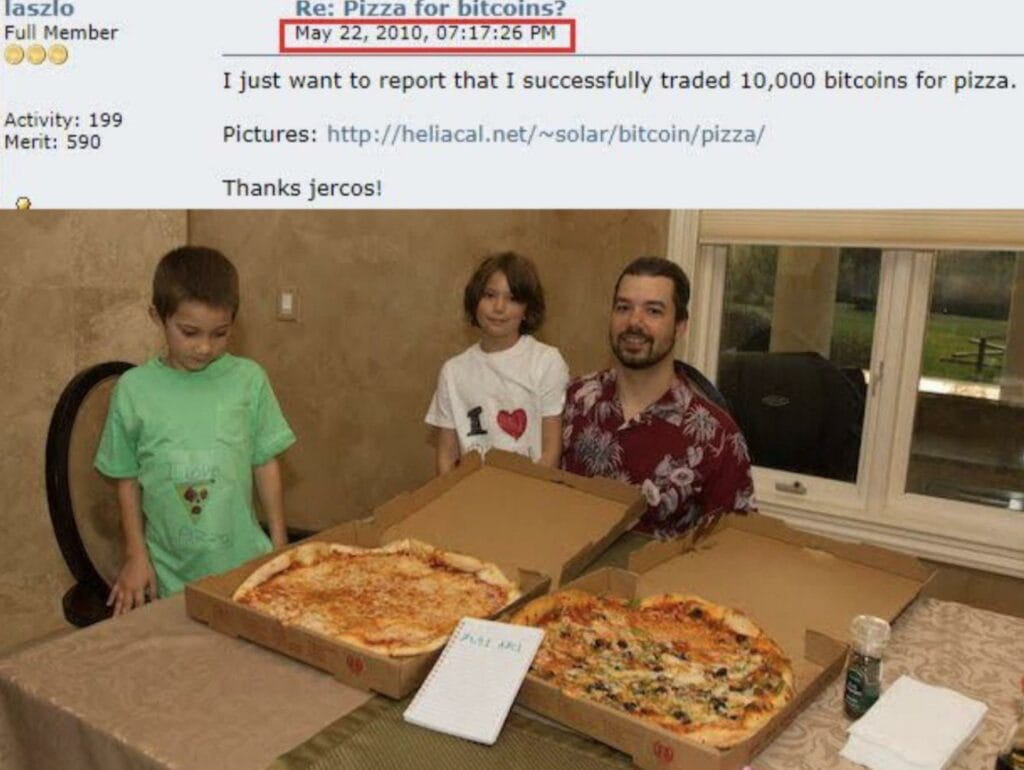 His Bitcoin forum post is also rather charming. There have been very few updates about him since the incident, but he does have a place in Bitcoin’s history.

An Experiment Turns Into a Revolution 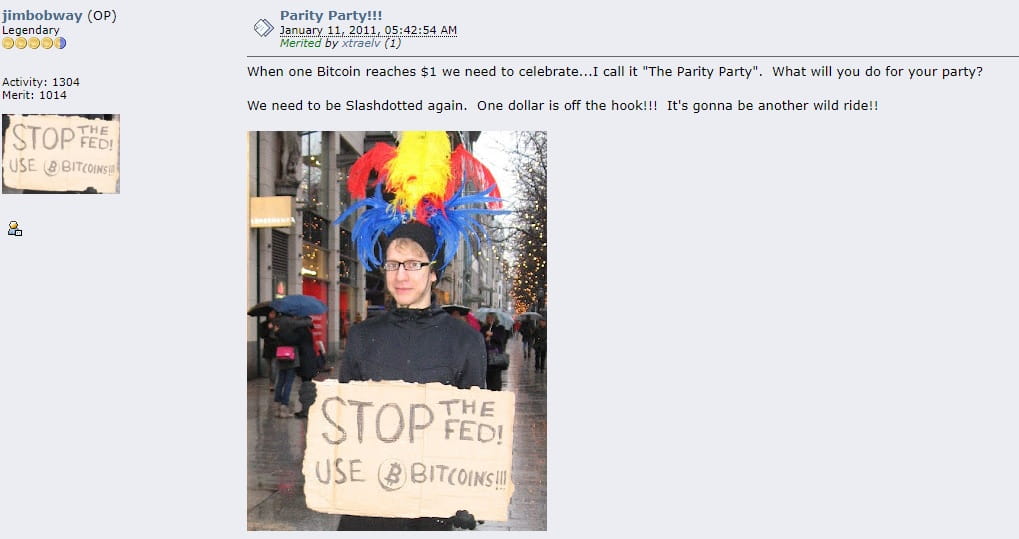 Bitcoin’s history has consistently been marked by major milestones as it continues its inevitable march toward adoption. The asset first hit $1 in 2011 — and ten years later, cross $67,000. There have been many ups and downs in between, but Bitcoin always comes out on top.

The milestones that Bitcoin has reached include attracting the likes of Square, Tesla, and MicroStrategy, all of which have invested in it. The last of those three is among the most invested in Bitcoin, though Square CEO Jack Dorsey is famously a supporter of the cryptocurrency. With such big firms entering the crypto market, it feels inevitable that the asset will only grow further.

Then there are entire countries adopting Bitcoin: most famously El Salvador making the cryptocurrency legal tender, but the Central African Republic as well. These add to the conviction that Bitcoin will be seen as an asset that stands alongside stocks and real estate.

It’s been simultaneously a long and short 14 years for Bitcoin. It shows no signs of slowing down, and as the younger, tech-savvy population takes over, there is much to look forward to.

Bitcoin: 3 Things That May Affect Price in the Next 10 Days

The server of a popular Bitcoin ATM maker, General Bytes has been attacked.

Doctor Who Paid Criminals $60,000 In Bitcoin To Face Up To 8 Years In Prison

Dogecoin vs Bitcoin: Debates in the Crypto Industry

Bitcoin Corrects to $22,500 as Bear Market Claws Its Way Back to Begin the Month

California To Allow Politicians To Receive Bitcoin Donations For Campaigns

What Is private-public key ?

What Everyone Should About A Cryptocurrency Wallet

Bitcoin Tries to Steady Ship at $21,000 While Altcoins Slip Into More Losses

PayPal Users Can Now Transfer Their Cryptocurrency to External Wallets

How To Store Bitcoin?

Brief History of Cryptocurrencies Everyone Should Know in 2022