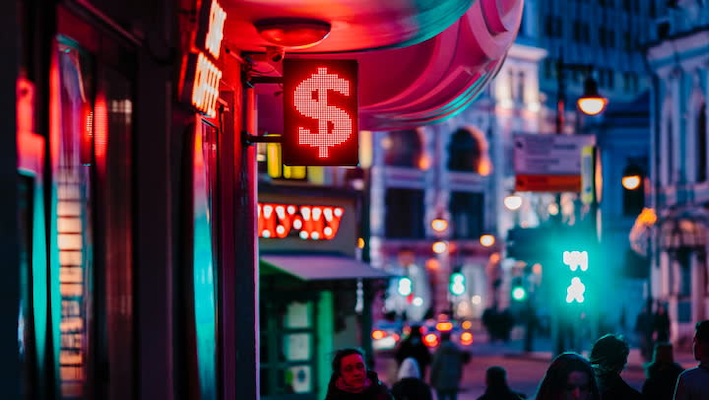 MobileCoin, a cryptocurrency and payments firm focused on privacy, has launched a stablecoin called “Electronic Dollars” in collaboration with stablecoin platform Reserve (eUSD). According to the company, eUSD is fully collateralized and is specifically designed to protect users’ private transactional data.

eUSD is backed by a basket of other stablecoins, including USD coin (USDC), Pax dollar (USDP), and trueUSD, according to MobileCoin (TUSD). End-to-end zero-knowledge encryption is used to encrypt each transaction. In other words, thanks to encryption that employs zero knowledge proofs, only the transacting parties can see their own transactional data (a way of proving something without revealing sensitive information).

The stablecoin eUSD is built on the MobileCoin blockchain, which is optimized for mobile devices, according to MobileCoin. Apparently, MobileCoin was created with the intention of integrating with the encrypted mobile messaging app, Signal. As a result, eUSD will inherit the features of MobileCoin’s native cryptocurrency, MOB, though eUSD users will pay transaction fees in eUSD rather than MOB (a flat $0.0026 per transaction).

“To the best of our knowledge, no project has created a native stablecoin with privacy properties that is a first-class citizen in the ecosystem and never necessitates the use of ‘non-private’ transaction technologies to use normally. In short, no one has created a private digital dollar yet,” MobileCoin stated in the eUSD white paper.

How does eUSD function?

The eUSD appears to have a centralized governance structure, with the MobileCoin Foundation serving as the primary governing body. The foundation chooses “governors” who can mint and burn eUSD.

The collateral for the stablecoin is stored in Safe (formerly “Gnosis Safe”), a popular Ethereum multisignature (multisig) wallet. Governors only issue new eUSD after confirming that an equivalent amount of collateral has been transferred to the Safe wallet.

“Anyone can look at the contract that holds this basket [of collateral] to see what the current balances are.” “It’s a Gnosis safe, which is also one of the most highly regarded contracts on Ethereum for holding assets,” MobileCoin’s chief innovation officer Henry Holtzman explained in an interview.

Similarly, when a user redeems eUSD, the token is “verifiably burned,” and the corresponding collateral is released by the governors. When burned eUSD is sent to a “burn address,” it becomes “visible” for transparency purposes but “unspendable.”

However, ordinary users are unlikely to engage in burning and minting. A person looking for eUSD would simply buy it on an exchange. Large amounts of eUSD would be issued by approved liquidity providers (LPs).

“Individuals have a much more straightforward experience than liquidity providers.”

“Liquidity providers are producing Electronic Dollars in large quantities, and individuals are simply purchasing them on an exchange,” said Joshua Goldbard, CEO and founder of MobileCoin.

Many asset-backed stablecoin issuers hire third-party accounting firms to create attestation reports that confirm the existence of assets that correspond to the stablecoin’s circulating supply. MobileCoin employs a “reserve-auditor” program that serves a similar purpose.

“We’re also standing up an auditor that will let you see for yourself all the wrapping and unwrapping events, and see that the total supply is the same on both blockchains,” Holtzman said.

The reserve auditor connects to the Safe wallet via an application programming interface (API) and verifies that each newly minted eUSD has a corresponding amount of collateral in the wallet.

“We’ll release it all open source. So if you want to run your own copy [of the reserve auditor], you can. You can examine it to make sure we really are backed exactly as we claim,” Holtzman said.

Governors approve liquidity providers and bridge operators to wrap and unwrap eUSD as it goes back and forth between the MobileCoin and Ethereum blockchains.

Although eUSD relies on end-to-end zero-knowledge proof encryption to keep transactions private, know-your-customer and anti-money laundering requirements are said to be in place at all on- and off-ramps.

“All of the on-ramps and off-ramps have full KYC and AML. The place where you have privacy is within the network, peer-to-peer,” Goldbard explained. “I think the biggest thing that we would love for you to take away from this conversation today is that we’re building a data-protecting cryptocurrency that also complies with the law.”

Billionaire crypto supporter Mark Cuban has predicted that the year of 2023 will have its own share of scandals.

EtherMail, The First Web3 email solution For Anonymous And Encrypted Wallet-to-Wallet Communication: What You need To Know

Why Meta and JPMorgan Can Send MATIC to $10

Jack Dorsey’s Bluesky Social is now officially in beta, and will launch soon

Authorities in Australia Have Unveiled Plans For Crypto Regulations

Maharashtra State Board Of Skill Development adopts blockchain to issue diploma certificates to its graduating students.